As an infectious disease caused by bacteria found in soil and water, nocardiosis can affect the lungs, brain, and skin. People can become infected with the nocardiosis bacteria when they inhale it or if it enters an open wound. Nocardiosis is rare, and the Centers for Disease Control and Prevention (CDC) estimates that between 500 and 1,000 people get it each year in the United States — but approximately 60% of these cases are associated with a preexisting condition that compromises the immune system. Although anyone can catch nocardiosis, those with weakened immune systems due to diseases like diabetes, HIV, or cancer, and men — particularly those working outdoors — are at the highest risk of being infected.

What are the symptoms of nocardiosis?

Signs and symptoms of nocardiosis vary based on the part of the body infected by the bacteria. Most often, nocardiosis attacks the lungs — and in this case, symptoms include fever, weight loss, night sweats, cough, chest pain, and pneumonia. It’s not unusual for lung infections caused by nocardiosis to spread to the brain and cause headaches, weakness, confusion, and seizures. If nocardiosis spreads to the brain, it can be life-threatening and immediate medical attention is crucial.

If nocardiosis enters your body through an open wound, it can cause a skin infection, which can lead to skin ulcers, rashes, or nodules (similar to an abscess) that sometimes drain when the infection spreads to the lymph nodes.

How does ID Care diagnose nocardiosis?

The most effective way to diagnose nocardiosis is through laboratory testing — this will help ID Care specialists detect and identify the bacteria that causes nocardiosis. Taking samples from your lungs, mucus from the lower airways, skin, or in some cases, brain tissue, is the best way for our specialists to make a diagnosis.

How does ID Care treat nocardiosis?

If you are diagnosed with nocardiosis, an ID Care specialist will most likely prescribe antibiotics for treatment. Many times, our patients need to take multiple types of antibiotics for several months, or even up to a year, to control and alleviate symptoms as well as prevent nocardiosis from recurring. However, because nocardiosis comes in different forms, results from your laboratory tests will guide your treatment plan — mainly because certain types of the nocardiosis bacteria are resistant to antibiotics. As experts in infectious diseases, our team will be able to determine the best antibiotic regimen for you based on our specialized understanding of the way certain antibiotics interact with bacteria — and with your body. A Guide to Common Bloodborne Diseases 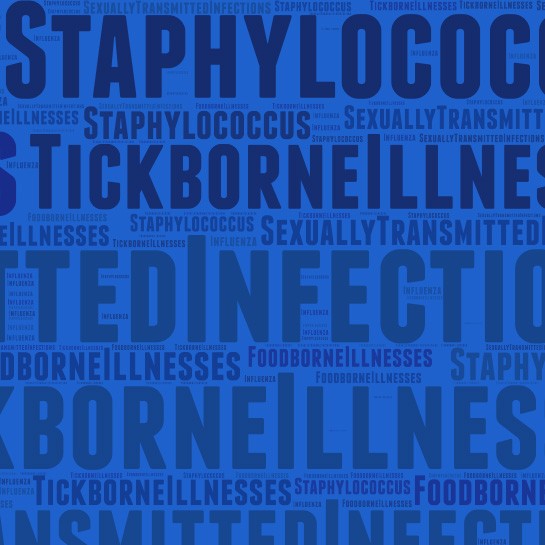 ABCs of Hepatitis: From Chronic to Curable, What You Need to Know